EPA on enforcement of the Clean Water Act 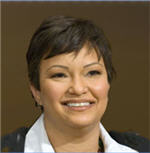 At a recent Congressional hearing, EPA Administrator Lisa Jackson announced that her agency will be stepping up enforcement of the Clean Water Act. It will be placing more focus on concentrated animal feeding operations, sewer overflows, contaminated water that flows from industrial facilities, construction sites, and runoff from urban streets.

This is another step by the current administration to step away from the approach taken by the last one.

Public relations firms for the environment?

I did a webinar on air permitting with BLR (Business and Legal Reports) two days ago. It was very well attended. I talked about the steps one needs to take to obtain a permit. One of the steps may involve public hearings. I spoke about how important it is to have good community relations with one’s neighbors and how the lack of it may hinder the permit applicant during public hearings.

At the Q and A session following my presentation, someone asked if it would be a good idea to hire a public relations firm to let the neighbors know what goes on inside the plant. My answer to the question was an emphatic NO.

It is always better to have someone knowledgeable about your operation to tell your neighbors about what you do. Someone who is actually involved in making your products. That is much better than hiring a spin doctor with a degree in French Literature to explain your manufacturing process to the public. (My apologies to those of you who have degrees in French Literature.)

Slick does not always work.

In fact, sincerity and knowledge trump slick every time.

The Obama EPA is getting tough with some state agencies. For example, on September 8, 2009, EPA Region 6 proposed to disapprove key aspects of the Texas clean-air permitting program. It has been reported that EPA is not happy with Texas. National Journal reported that EPA “ordered Texas and West Virginia to get tougher on polluters.” 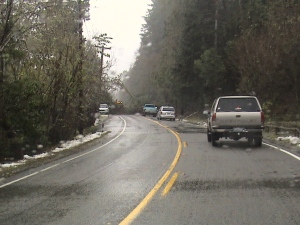 On another front, EPA is moving to develop new regulations to control ash ponds owned by coal-fired power plants. The impetus comes from the collapse of TVA’s ash pond retaining wall in December 2008 that sent tons of coal ash into the waterways and people’s homes. EPA issued a statement that said “current regulations, which were issued in 1982, have not kept pace with changes that have occurred in the electric power industry over the past three decades.”

EPA is also looking into regulating the emission of mercury from the nation’s 500 coal fired power plants. It will take the form of a mercury control plan.

On the water side, EPA has teamed up with the Department of Agriculture and the Department of Interior to clean up the Chesapeake Bay.  This was in response to President Obama’s May 12 , 2009 Executive Order 13508 to protect and restore the Chesapeake Bay and its watershed. A draft report was issued on September 3, 2009 and it addresses some very thorny issues of land runoffs from farms, industrial animal facilities and urban centers.  All of these issues are highly charged politically and EPA is considering new regulations and more enforcement in these areas.

New directions from the Obama EPA

In less than a year into its new administration, the Obama White House and its EPA Administrator Lisa Jackson have already made quite an imprint on the environmental regulatory landscape.

During his first month in office, President Obama directed EPA to review the action taken by the previous administration in prohibiting California from regulating automobile carbon dioxide emissions. This directive followed the Supreme Court’s ruling under Massachusetts v EPA that carbon dioxide is an air pollutant under the Clean Air Act and that EPA must regulate it if it is found to cause harm to public health and welfare.

EPA promptly issued a draft endangerment study on April 14, 2009 proposing that CO2 and other greenhouse gases pose a threat to public health and welfare. On July 1, 2009, EPA reversed the Bush administration’s decision and allowed California to regulate CO2 from tail pipes.

The Obama EPA is tackling the greenhouse gas issues on two fronts. It is working with Congress to develop new cap-and-trade laws to reduce greenhouse gas while developing its own regulations under the Clean Air Act to regulate it.

On September 30, 2009, Lisa Jackson announced that EPA is proposing new regulation under the Clean Air Act to curb greenhouse gas from industries that emit more than 25,000 tons of CO2 per year. This would bring many plants under the new regulation if it becomes final.

The Obama EPA has also dropped a Bush plan to exempt some 3,500 facilities from reporting chemical releases under the Toxic release Inventory. You can expect to see a few more rule reversals in the future.

On September 30, 2009, EPA announced a proposal that is focused on large facilities emitting over 25,000 tons of greenhouse gases a year. These facilities would be required to obtain permits that would demonstrate they are using the best practices and technologies to minimize GHG emissions.

The rule proposes new thresholds for greenhouse gas emissions (GHG) that define when Clean Air Act (CAA) permits under the New Source Review (NSR) and title V operating permits programs would be required for new or existing industrial facilities.  Click here for a copy of EPA’s fact sheet on this latest regulatory proposal.

The NSR will trigger the need for PSD (Prevention of Significant Deterioration) permits for new source or major modification in attainment areas.

Some observers have noted that this EPA step is a strategic move to motivate industries to lobby the Senate for a Climate Change Bill. Many in industry would prefer to be regulated under a new Climate Change Bill than under the Clean Air Act.